In Japan tea is more than a simple beverage; it is an attitude of mind

The tea ceremony (Chanoyu, which simply means “Way of The Tea”) is of crucial importance in traditional Japanese culture and is characterised by serving and drinking Matcha, a powdered green tea, in a simple and harmonious environment.

Tea, from China, was introduced to Japan in the sixth century by Buddhist monks, who discovered that tea increased the concentration during meditation. For a long time, tea was only grown and consumed by the monks. A formal ceremony was introduced only in the late 12th century by a monk called Eisai. At that time, the valuable tea beverage was also used for medicinal purposes. The custom of drinking Matcha spread among the priests of the temples and the upper classes. In the 16th century, during the Momoyama period, drinking tea became popular among other Japanese society groups, when tea master Sen Rikyu, considered the historical figure with the most profound influence on Japan’s tea ceremony, established a set of teachings that persist through to today.

In addition, it was considered that every single tea ceremony was unique and could not be reproduced. 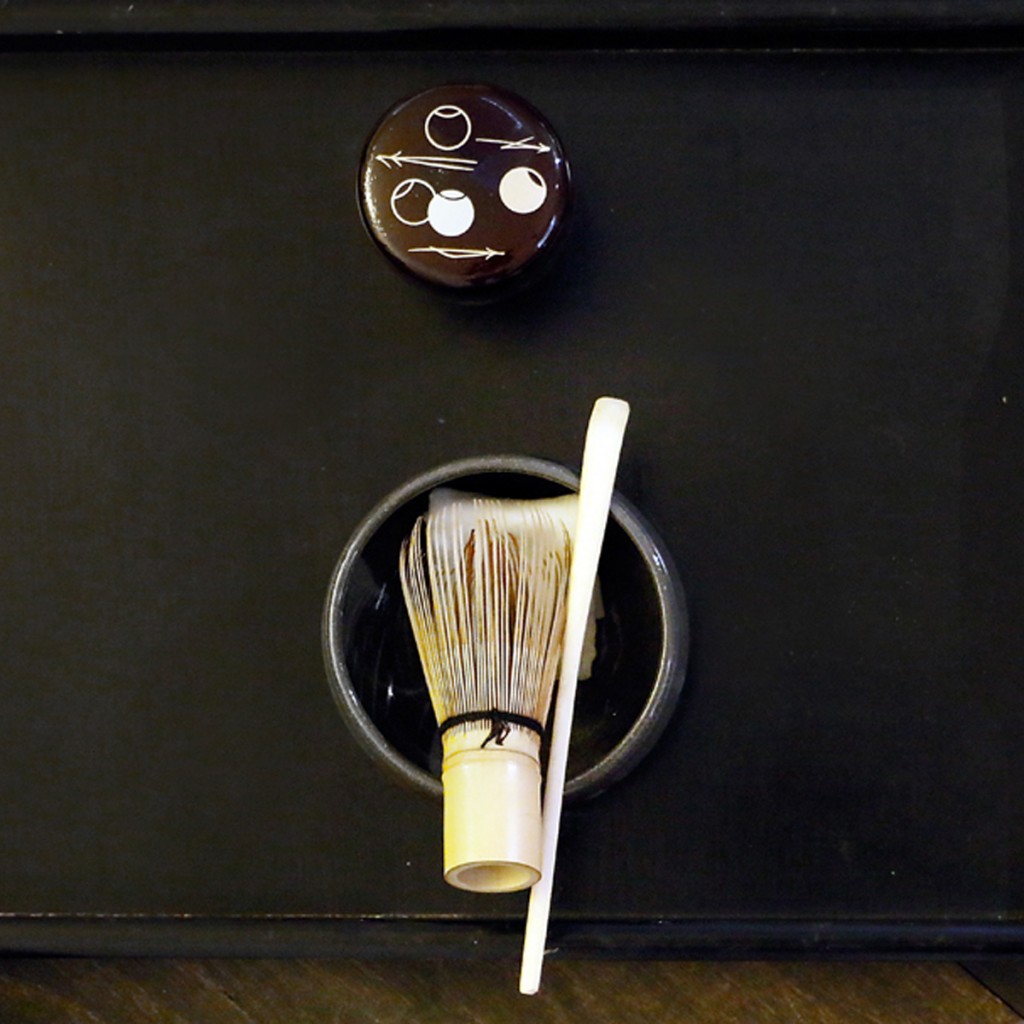 Accessories to prepare Matcha – tea powder – of the Tea Ceremony 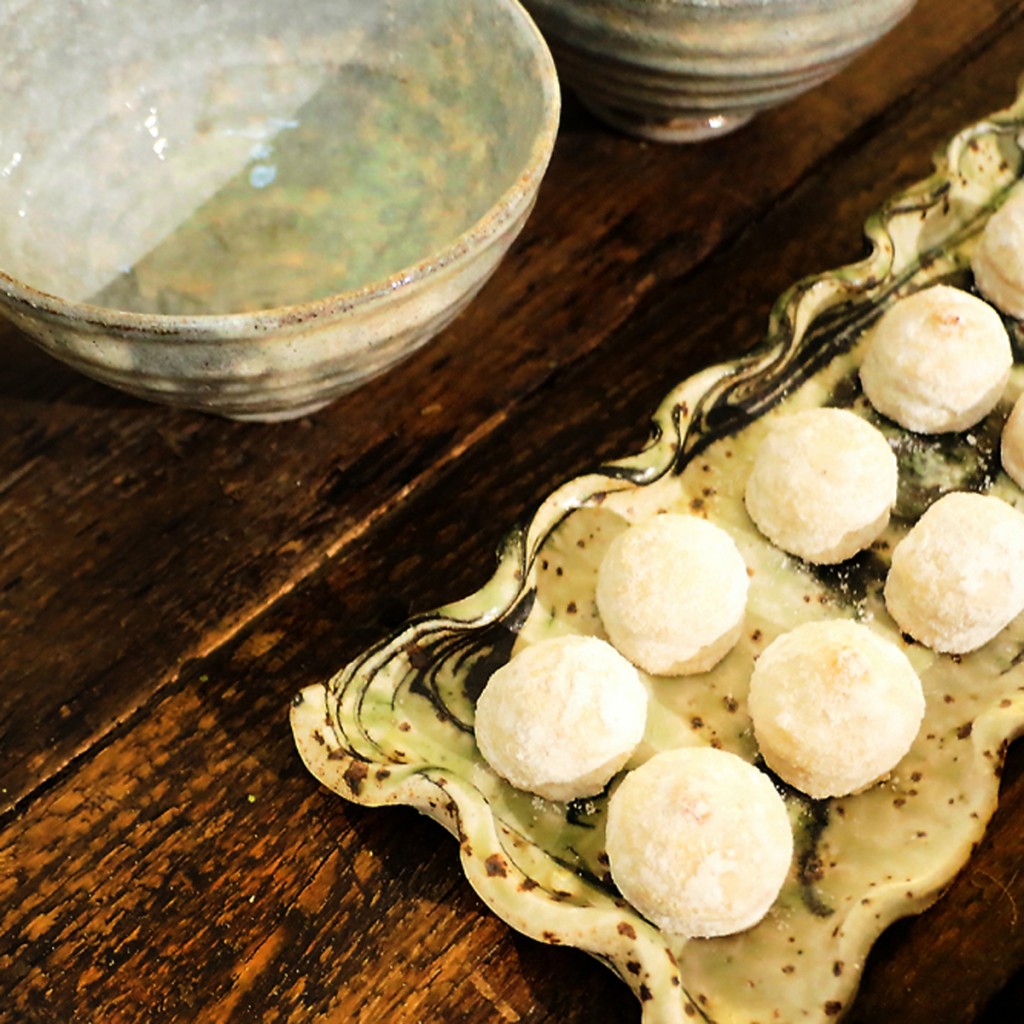 Sweets to eat before drinking Matcha

Accessories for preparation of Matcha (powdered tea for tea ceremony) 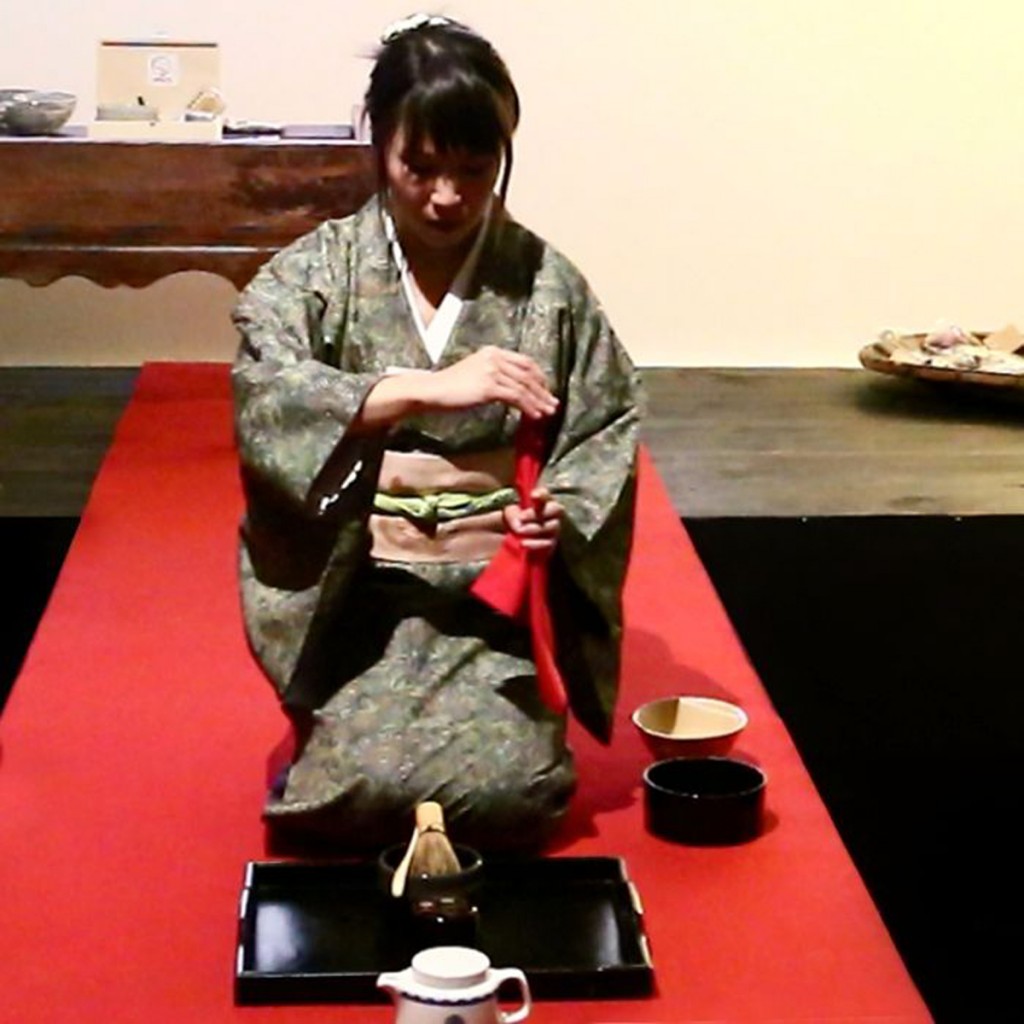 Prepare the cloth to clean the accessories 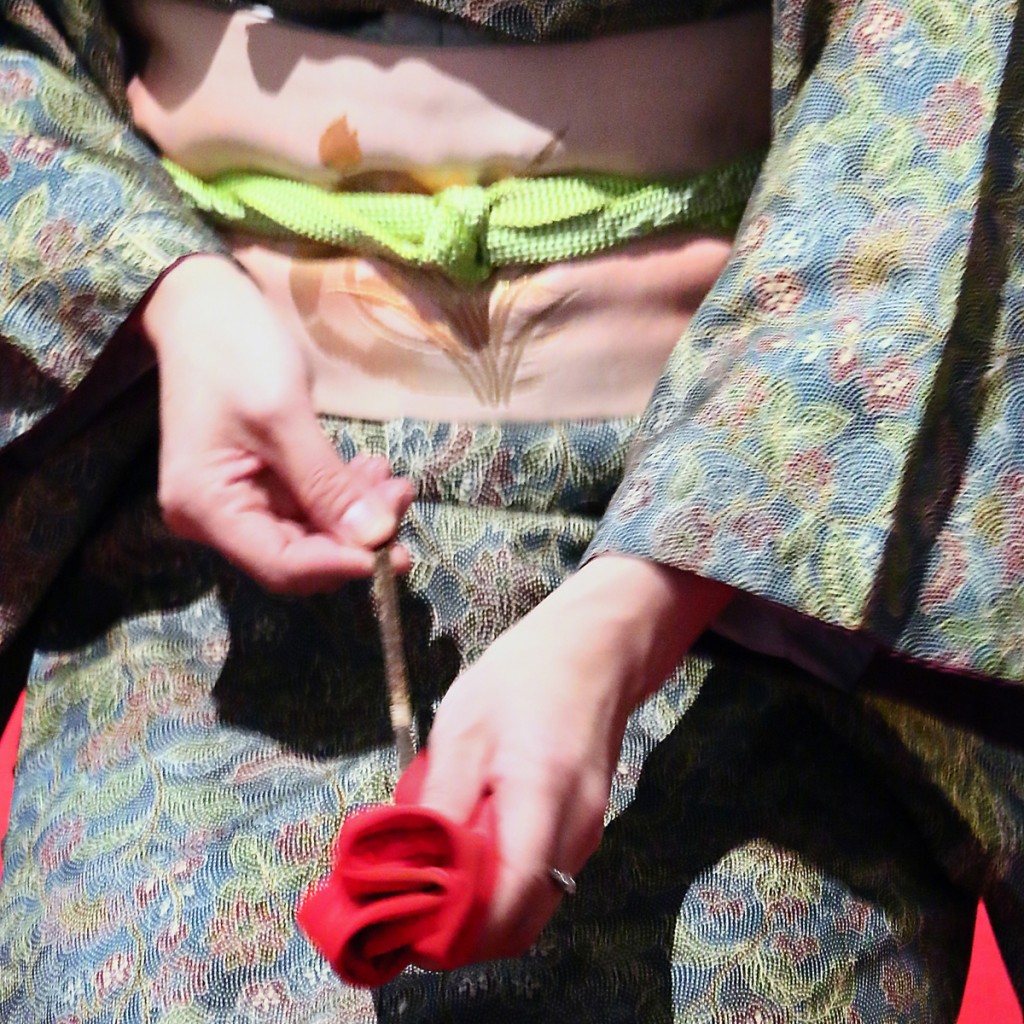 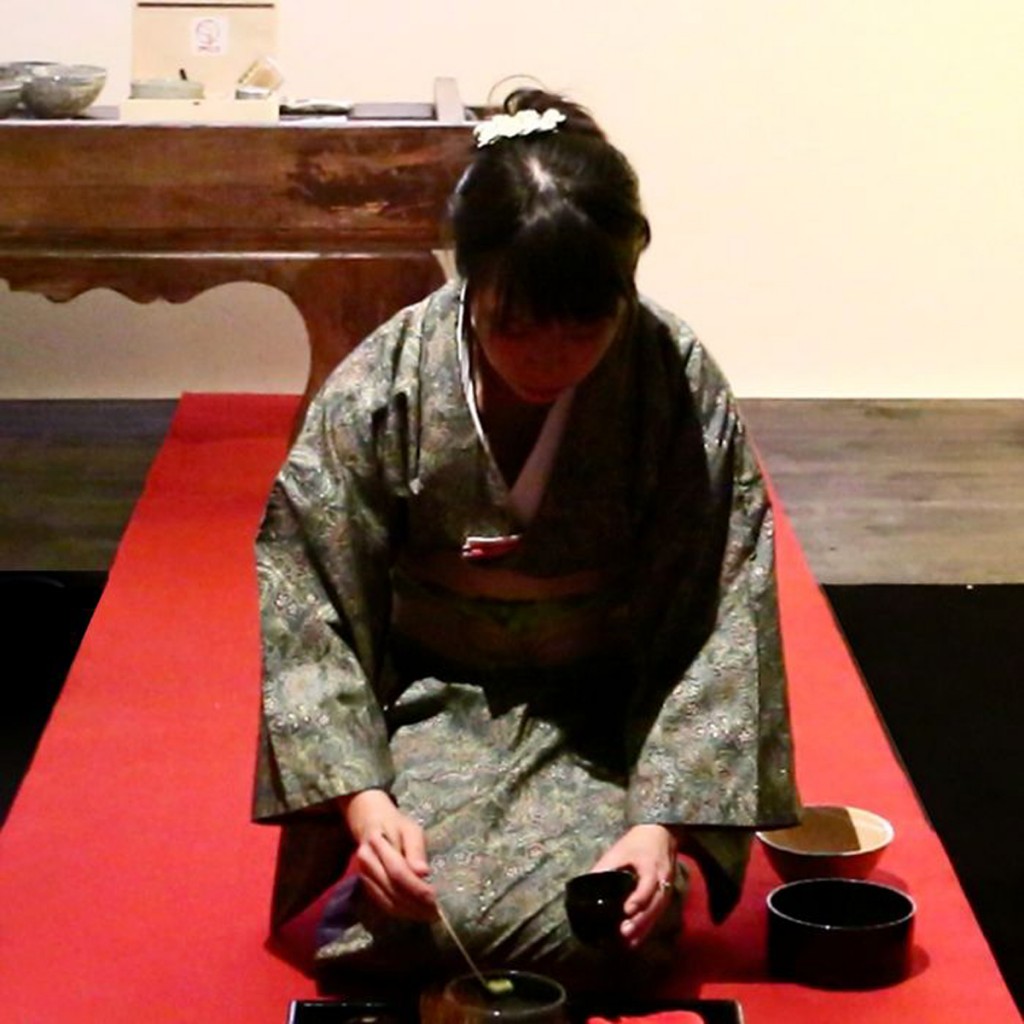 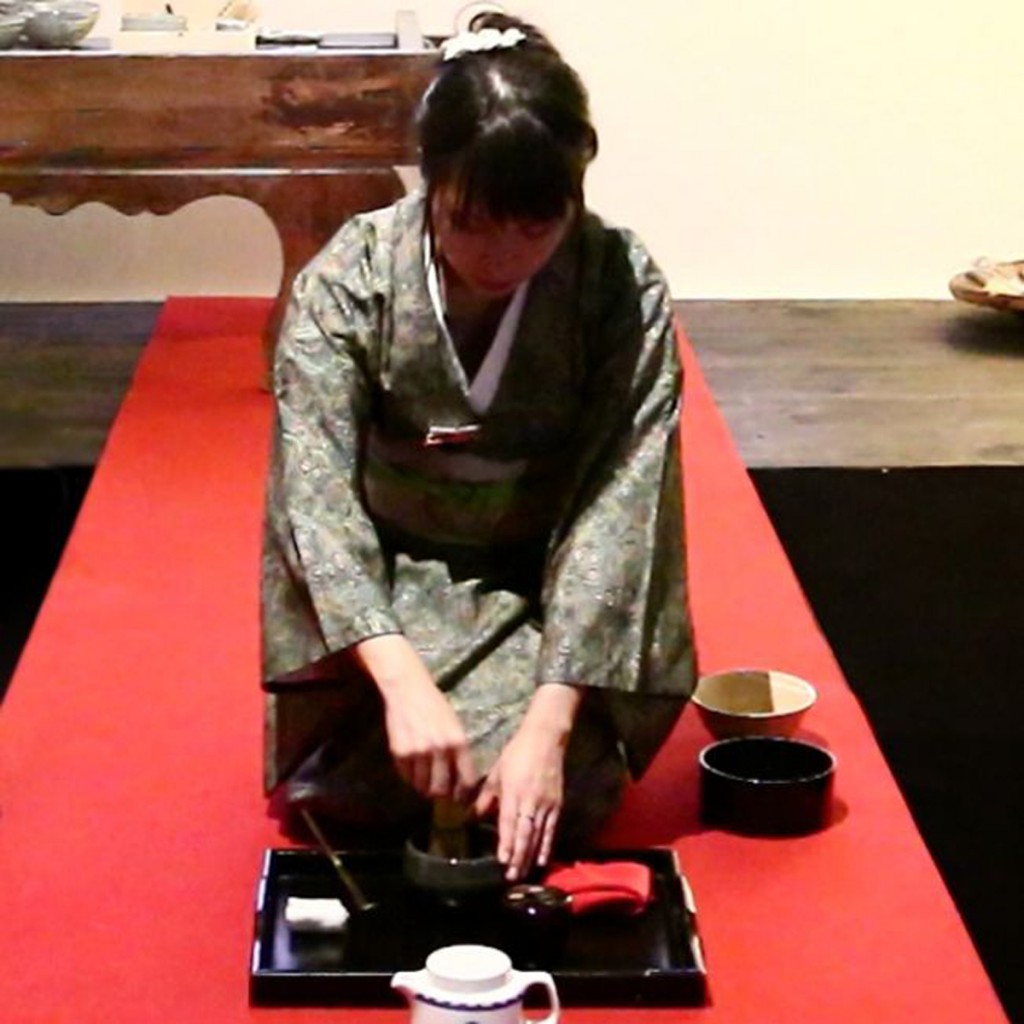 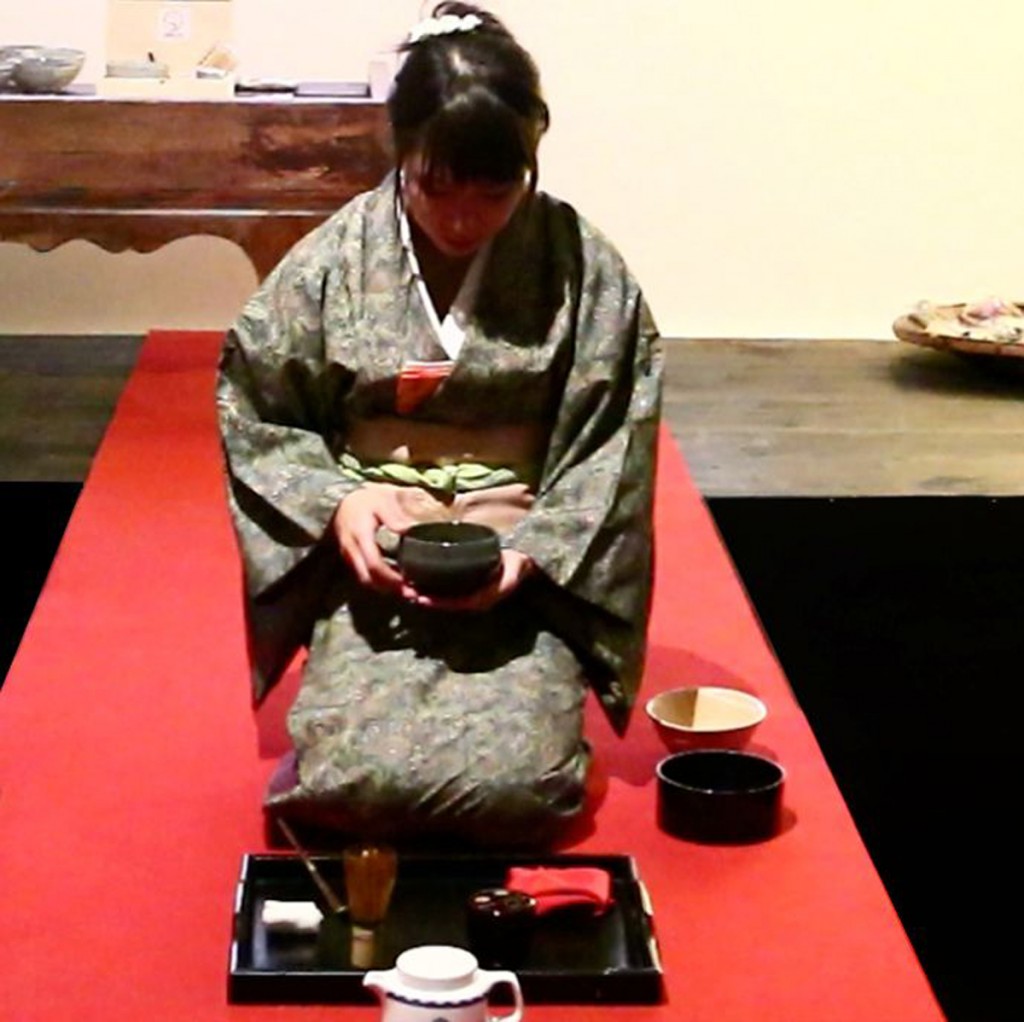 Learning the rules of the tea ceremony is demanding and difficult, and also requires knowledge of other traditional arts, especially architecture (tea rooms), landscape gardening and the floral arts.

The tea ceremony commences as follows:

When they arrive, participants pass through a Japanese gate in order to leave behind the worries of their day-to-day activities. They then follow a path to the tea house, which is a simple wooden structure. Before going in, they wash their hands and mouth at a well. The entrance to the tea house is low so that all participants have to enter on their knees (indeed Samurai have to leave their swords out) and by getting on their knees, all people assume equal importance. Shoes are left at the entrance of the structure and once inside, participants sit on the ground waiting for the tea master. Inside the structure, there is always a Tokonoma (corner) with a display of calligraphy and seasonal flowers. The tea ceremony takes place in silence.

See how to prepare Matcha